What is the Association for Corporate Growth? 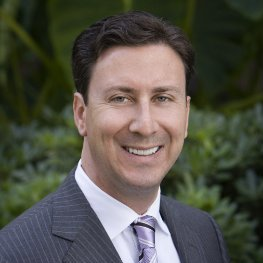 Michael Rivera joined Association for Corporate Growth LA as CEO following two years at the USC Marshall School of Business. At USC, Michael founded and managed the USC Marshall Venture Fund, a university-owned venture fund investing in Trojan-founded startups. He was also the Executive Director of a major entrepreneurship initiative within the Greif Center for Entrepreneurial Studies. He continues his association with USC Marshall as an adjunct faculty member.

In addition to his role as an investor, Michael is an experienced serial entrepreneur. In 2005, he was among the first franchisees of Planet Fitness gyms, building locations in Wisconsin and California. In 2010, Michael co-founded Westside Trading Company, a commodity trading firm based in central California. With Westside on course to reach its revenue goal of $90 million for 2013, he exited to focus on expanding the 6th Street family of investments.

Michael resides in Los Angeles with his wife, Andrea, and their three children.

Summary of ACG Los Angeles:  this video is a 90-second summary of the ACG community and sits on our ACG LA TV page (YouTube) where visitors can also access other video content.