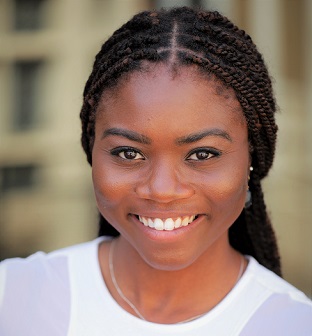 Marti Reed is a native Californian, having grown up in Long Beach, CA where she was a three-sport athlete at Wilson High School competing in softball, volleyball, and track & field. She went on to play softball at UCLA from 2008-2012, winning a National Championship with the Bruins in 2010 after scoring the tying run in the championship game to eventually beat the Arizona Wildcats in extra innings. Marti left her mark at UCLA as one of its most highly decorated student-athletes and as a leader of the Bruin Athletic Council, Athletes in Action Christian Club, Afrikan Student Union, Alumni Scholarship Committee, Student-Athlete Mentors, achieving 2012 UCLA Senior of the Year.

After graduation from UCLA, Marti coached softball and trained athletes at all levels, from elementary school, middle school, and high school to the collegiate level.  In 2014, she spent a summer coaching the Canadian National Softball Team, joined the Positive Coaching Alliance, and became the PCA’s Development Manager for the Southern California region. Marti remained an active participant in volleyball, softball, and boxing, but in recent years has been devoting her time and energy to training students in leadership and life skills. She has been the featured speaker at numerous events for high school and college students, including UCLA's Athlete Graduation, UCLA's Wooden Academy, the LEAP conference, and the TMSP Leadership Conference with Magic Johnson.  Marti is the author of the book “Utility Player Life:  How to Purposefully Leverage Your Experience as an Athlete to Take You Where You Want to Go in Life” and can be reached through her website www.themartireed.com .