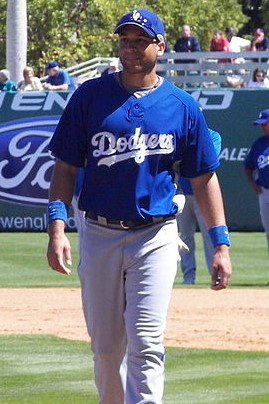 James Loney grew up in Houston, Texas, and got his start in baseball through the Reviving Baseball in Inner Cities program supported by the MLB.  He was a top pitcher in high school, but it was his all-around athletic ability and hitting that attracted the major league scouts.  James was a first-round draft pick in 2002 and was accepted at Baylor University to play baseball, an offer he declined, opting to sign a pro contract instead.

After 4 years in the minor leagues, James debuted with the Dodgers in 2006, proving himself to be a reliable fielder and clutch hitter.  He had a standout rookie season and became a dependable member of the Dodgers’ starting lineup through 2012, leaving the team as part of a major trade between the Dodgers and Red Sox.  James had three successful years with the Tampa Bay Rays from 2013 to 2016 and spent time with other clubs during the 2017 and 2018 seasons before retiring from the game in 2019.

At age 36, having spent 11 years as a major league player and not exactly sure what he wanted to do as he looked forward to the next chapter of his life, James moved to San Diego with his wife, an attorney, and their young children.  He did some coaching before he found his way into the world of the sports agent, returning to the game to bring a former player's unique insight to one of the elite sports agencies in the US.  James is now building a career in an exciting and challenging part of the sports world.