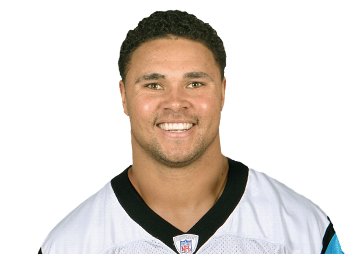 Thomas R. Williams entered USC in the 2003 football recruiting class that included Reggie Bush and LenDale White.  He started 14 games at three different positions (including fullback), was named an all-Pac-10 honorable mention in 2007, and was invited to participate in both the East-West Shrine Game and the Hula Bowl.  Thomas’s career stats include 74 tackles, one sack, three fumbles forced, five passes defended, five tackles for loss, three interceptions, and 37 interception return yards.  His record shows 56 total tackles in 2007 and six in the 2008 Rose Bowl.

Thomas was selected 155th overall in the 2008 NFL Draft.  He played five years in the NFL, where he was not just focused on winning and competing, but rather mastering teamwork, mental toughness, and leadership.  In 2012, after a career-ending neck injury, Thomas transitioned from a game-changer to a life-changer, helping people tackle obstacles and find their winning solutions.  He is now a motivational speaker, traveling worldwide to communicate with corporations, athletes, and students on how to "fully maximize their potential."

In 2014, Thomas published his autobiography, “Permission to Dream: I Can I Will I Did.”  In a powerful experience described in his book and on the podcast, he faced his defining moment when a tragically short-sighted 6th-grade teacher told his mother, “Your son will be the leader of a gang and dead by the time he’s sixteen.  You might as well give up on him.”  Thomas was confronted with a choice: surrender to the opinions and expectations of others or tap into his passions and follow his dreams.  His is a compelling story about how he went from a little boy with no hope to a determined young man receiving a full athletic scholarship.  Discover more in his latest book “The Relentless Pursuit of Greatness.”