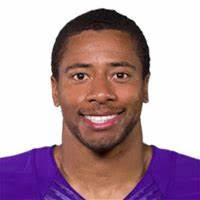 Derek Cox was a four-year starter at cornerback for The College of William & Mary, a two-time All-Colonial Athletic Association selection, and finished his senior season tied for fifth in the CAA with four interceptions, returning a pair of those for touchdowns.  In 2020, he was honored to be chosen to the College of William & Mary Athletic Hall of Fame. "I never set my goal on the Hall of Fame when I was there. But when I look at receiving this honor, it really reinforces the importance of caring for others, because that's what my career was."

Cox intercepted nine passes in his career (2004-08) at William & Mary, but he's prouder of the fact that he was voted team captain twice. Only eight Tribe players before him had earned that honor in multiple seasons. "He was a very intelligent individual and football player," former W&M coach Jimmye Laycock said.  "He had a nice knack for dealing with the players.  He was someone I know the younger guys really looked up to and valued his opinion on things."  Cox became a playmaker as a senior with four touchdowns — two on pick-sixes, two on punt returns totaling 169 yards.  That's part of the reason why the NFL Jacksonville Jaguars traded its second-round pick in the following year's draft to get him.  Cox had a stellar rookie year with the Jaguars, including a pass interception from the legendary Peyton Manning.  That rookie year saw him start all 16 games, with four interceptions to lead the team.  He was also third in tackles with 72 and regarded as one of the top rookies in the NFL.

Unfortunately, injuries slowed his progress as an NFL pro.  Cox eventually had stints with the San Diego Chargers, Baltimore Ravens, and New England Patriots before retiring from the NFL.  Now 33 years old, he resides in San Diego to be close to his 6-year-old son.  With a degree in business administration from W&M, he's working on his Master of Business Administration at UCLA, hoping to have that complete by spring 2021.  He has spent much of his time since his football days talking to others about the challenges young football players face in managing the financial challenges of being a professional athlete.