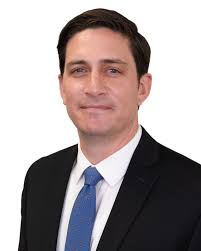 Patrick Cowan is a former football quarterback.  As a redshirt sophomore, he was the starting quarterback at UCLA after starter Ben Olson was injured in the middle of the 2006 season.  In his best game, he went 12/21 for 124 yards when the Bruins upset the #2 USC Trojans on December 2, 2006, qualifying the Bruins for the Emerald Bowl against Florida State.  Patrick was 15/26 for 240 yards, two touchdowns, and two interceptions in the loss to Florida State.

His UCLA football career ended with a knee injury during the 2008 spring practices; however, he was still able to support the team as an undergraduate assistant coach for the 2008 season.  After not being selected in the 2009 NFL draft, Patrick was signed by the New Orleans Saints, but, unfortunately, a career in the NFL was not to be.  He then turned his attention to his considerable non-football skills, grounded in solid values obtained through his upbringing and enhanced at UCLA.  Patrick served with the Peace Corps in Kenya, traveled the world, then returned to his alma mater and became the Executive Director of the UCLA Office of Regional Giving.  He is now a member of the team at Ticor Title Company and continues his philanthropic endeavors, having worked extensively with educational non-profits in inner-city Los Angeles.

Patrick earned his Bachelor of Arts in History from the University of California, Los Angeles.  He is a member of The Order of the Blue Shield, The UCLA Chancellor’s Society, and the UCLA Quarterback Club. He lives with his wife Katie and their children in San Pedro, California.  Patrick Cowan’s life credo is to do good work, keep your word, and do things right the first time.