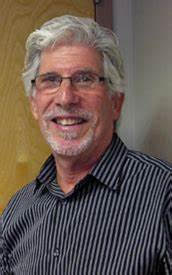 Dr. Mark Stevens is a professor in the MFT program, Department of Educational Psychology & Counseling, Michael Eisner College of Education at California State University, Northridge.  He is a Fellow of the American Psychological Association.

Specializing in men's issues since 1981, Dr. Stevens has written numerous professional articles, as well as a book,  on men and masculinity.  He is one of the preeminent authorities in the United States on “men’s therapy.”  He was a pioneer in the “men’s movement” from the perspective of addressing behaviors, especially among athletes in sports like football, that were associated with the unhealthy and dangerous treatment of women, “machoism”, etc.  After serving as the Assistant Director of Student Counseling at USC, Dr. Stevens then became the Director of Student Counseling at CSUN.  While at USC, he counseled college athletes in the major sports, especially football, and after a rash of rape allegations against NFL players, was brought into training camps to work with football players to teach them how to channel their energies in societally acceptable ways.

Dr. Stevens is an influential voice in Sports Psychology and offers our listeners important ideas and lessons about the challenges an elite athlete faces off the field of play.