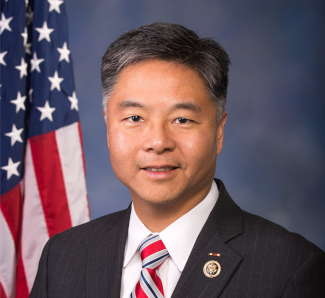 In the wake of the pandemic and a newly mandated lockdown, Congressman Ted W. Lieu joins Mike to discuss a possible 4th federal stimulus package, tax relief for small businesses and the resulting impact on Southern California business.  Listen now to hear how this timely subject will be affecting all of us.

Rep. Lieu was first elected in 2014 to represent California’s 33rd Congressional District in the United States House of Representatives, succeeding retiring 40-year incumbent Henry Waxman. In 2016 and 2018, he was reelected and currently serves on the House Judiciary Committee and the House Foreign Affairs Committee. He was also elected by his Democratic Colleagues to serve as a Co-Chair of the Democratic Policy and Communications Committee.

Congressman Lieu is a former active-duty officer in the U.S. Air Force and currently serves as a Colonel in the Reserves, stationed at Los Angeles Air Force Base.

In Congress, Rep. Lieu has established himself as a leader on the environment, cybersecurity, civil liberties and veterans. He has also been an outspoken proponent for tackling climate change.  The Congressman has been a leader in Congress against ethnic and racial profiling and discrimination against the LGBT community.  He serves as Whip of the Congressional Asian Pacific American Caucus, Co-Chair of the LGBT Equality Caucus, and Co-Chair of the Cloud Computing Caucus.