SPECIAL EDITION: Market and Economics Update: Where Are We Now? 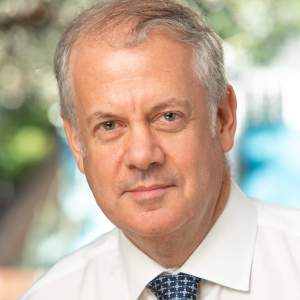 Mark Alyn is the guest host of this Special Edition of The Anderson Files.  Mark queries Mike Anderson on the current state of and forecast for the markets, interest rates, inflation, employment, and other aspects of the economy as we emerge from the pandemic.  Listen in and get current!

Mike Anderson is a nationally recognized investment company executive and licensed fiduciary.  Based in Los Angeles, California, he is Executive Vice President of Finestone Partners, an Independent Registered Investment Advisor.  In a career spanning more than 35 years, Mike has managed over $3 billion in client assets, advised over 25,000 clients to and/or through retirement, and managed assets in the highest tier of American business, the Fortune 100.  He has served as a board director and executive officer for organizations on both the regional and national levels.  As a two-time graduate of UCLA, Mike is engaged in alumni leadership, university governance, and campus-wide philanthropy.  In 2017, he was nominated and elected as a life member of the UCLA Order of the Golden Bruin by his peers for exemplary service to the University.

He has produced and hosted financial internet podcasts for many years, including his current project, The Anderson Files.  He and his wife Denise live in Chatsworth, California.