Why Entrepreneurs Fail to Win 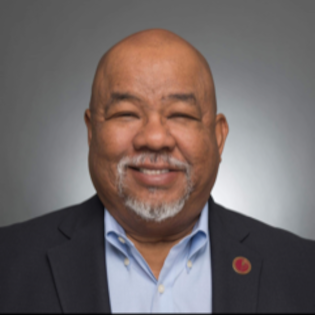 Professionally, once upon a time, Gary served as a banker, with friends calling him "Mr. B of A."  Starting as a teller upon graduation from LMU, he spent 10 years at the old Bank of America, with positions ranging from teller to Branch Manager to Area Credit Administration and Marketing Coordinator.  After banking, he went on to 14 years in insurance sales and district management, serving also as a corporate trainer while working at Allstate and Farmers Insurance.

Gary has taught as an Adjunct Professor at CSU, Northridge, since 1991, and at CSU, Dominguez Hills, since 2003.  2020 marks his 29th year as a CSUN Adjunct Professor and 17th year at CSUDH as a Lecturer and Adjunct Professor of Business Management, Ethics, & Entrepreneurship.  Ethics is his most recent area of scholarly research.  In between CSUN and CSUDH, he has also taught at Cerritos College, Santa Monica College, and DeVry University.

Educationally, Gary earned his Master of Science in Administration (MS) at CSUDH and his Bachelor of Business Administration degree from Loyola Marymount University, Los Angeles.  He spent his first two years at Azusa Pacific University and played JV basketball for the legendary small-college coach Cliff Hamlow.

Personally, Gary has five grandkids, three adult kids, two dogs, and is married to his second wife, Claudine Pacheco Polk.  He resides in the South Bay of Los Angeles County.  His hobbies include reading both nonfiction and novels, and in 1995, he founded a co-ed book club that still thrives today.  Historical fiction is his favorite genre.

Finally, Gary is a true Los Angeles sports fanatic, not just a fan!  He LOVES the Lakers, the Dodgers, the Rams, USC Football, and UCLA Basketball.