Cold Case: Stuart Sobel and the Killing of 'Bugsy' Siegel 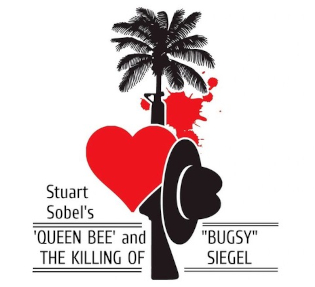 Who killed 'Bugsy Siegel'? June 20 was the 74th anniversary of his murder, one that encompasses the mystery that includes old Hollywood, molls of the oldest cold murder case in the U.S., gangsters, and the beginnings of the Las Vegas Strip.  Stuart Sobel discovered the details and states, “By definition, one cannot solve an unsolvable case. You can only be gently led by the hand and taken to the truth.”  He was taken to the truth by the co-conspirator to the killing, Bee Sedway.

Sobel has spent nearly 30 years interviewing, researching, and analyzing the facts based on data he knows from a source with only one degree of separation from the murderer.  He has also authored a book, ‘Queen Bee’ and the Killing of 'Bugsy' Siegel, with the results of the information he has meticulously gathered.  All previously published books about Siegel’s murder are based on data with at least two degrees of separation.

Noted former mob attorney, and prior major of Las Vegas, Oscar Goodman, remarked, “As far as I am personally concerned, ‘Queen Bee’ and the Killing of 'Bugsy Siegel' has unquestionably given us the motive, as well as the killer, and a thorough analysis as to why the shooter of “Bugsy” Siegel will never be caught. There is no reason for this case to remain open on the books of law enforcement.  However, as the law stands today, I don’t see a procedure that would allow law enforcement to close this case, the coldest case in America.”

“Stuart Sobel’s manuscript, ‘Queen Bee’ and The Killing of 'Bugsy' Siegel, is a tour de force through the history of American organized crime. The story of 'Bugsy' Siegel’s killing would be considered hearsay and not allowed as evidence in a court of law. Perhaps there exists a strong case of circumstantial evidence which points to the killer. Stuart Sobel’s research and interviews have revealed the true identity of the killer. You be the Judge,” stated Roy Kurban, Retired Presiding Judge of Precinct 7, Justice Court Tarrant County.