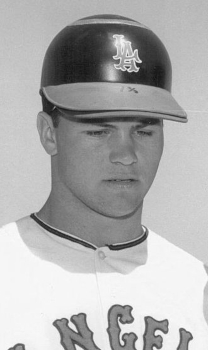 Rick Reichardt was the subject of one of the last and largest bidding wars in major league baseball, between the former Kansas City Athletics and the Angels in 1964.  He played in the MLB from 1964-1974 and was an early supporter of Marvin Miller and the player’s union, which likely shortened his years as a player due to owners being reluctant to sign him.  Rick ended his career with a lifetime average of .261, hit 116 homers, and drove in 445 runs.  He played for the Angels, Washington Senators, Chicago White Sox, and Kansas City Royals.

Rick was the first player to hit a home run in Angel Stadium and was regarded as a five-tool player: hitting for average, hitting for power, throwing ability, fielding ability, and speed.  He is often compared to today’s L.A. Angel phenom, Mike Trout.

He is unofficially is credited with the creation of major league baseball’s player draft.  As a result of the bidding war over Rick between the Athletics and the Angels in 1964, team owners devised the draft to ensure that there would never be another “Rick Reichardt” bidding war.  Working as a player representative, he teamed with legendary attorney Marvin Miller to fight baseball’s oppressive reserve clause in player contracts, which kept players in virtual servitude to teams even after their contracts had expired.  Because of their hard work, the reserve clause was removed in 1975.  Rick’s playing career was shortened by the loss of a kidney and he retired in 1974.

Rick Reichardt offers a unique and important perspective about the game – and the business - of professional baseball.