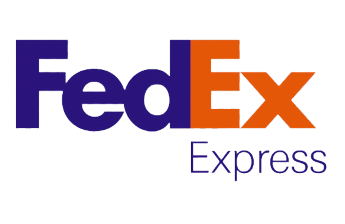 It’s been widely reported that labor shortages across the country are impacting employers. This shortage, coupled with the economy re-opening, has caused many major companies to accelerate their hiring plans.  In the e-commerce sector specifically, corporations like FedEx have been experiencing a massive increase in demand as more people buy and shop online.  This surge is expected to continue, meaning that the need to hire workers has never been greater.  Here to discuss national hiring challenges and unique solutions being put in place to attract workers is FedEx Express senior vice president, Shannon Brown.

Shannon A. Brown is the Senior Vice President of Eastern Division U.S. Operations and Chief Diversity Officer at FedEx Express, the world’s largest express transportation company.  In this role, Brown is responsible for station, hub, and ramp operations in the eastern U.S. region. As Chief Diversity Officer, his work includes maintaining an effective diversity and inclusion environment where every team member is valued and has an equal opportunity to succeed.  Brown embodies the company’s shared commitment “to make every FedEx experience outstanding”, and through his leadership has established a workforce dedicated to delivering the best customer service.

He began his career at FedEx in 1978 as a package handler at the Memphis World Hub.  As he advanced in his career, he continued to demonstrate exceptional leadership qualities and a strong commitment to service.  His executive achievements include serving as Senior Vice President and Chief HR/Diversity Officer at FedEx Express and as Senior Vice President of HR at FedEx Ground.  He has attained many honors, including multiple FedEx Five Star Awards and the CEO Five Star Award.  Brown is actively involved with a variety of corporate, academic, and nonprofit institutions.  He is currently a director of BancorpSouth, Inc., a financial holding company.  Additionally, he was appointed by former Tennessee Governor Bill Haslam to the Advisory Board of Western Governors University.  He holds board memberships with the Intermodal Transportation Institute at the University of Denver, and the Robert J. Dole Institute of Politics at the University of Kansas.  His dedication to community service includes membership on the Central Board of the Boys & Girls Clubs of Greater Memphis and the role of past Chairman of the Board for United Way of the Mid-South.

His outstanding professional and civic leadership achievements have brought him to the forefront of media attention.  Brown has been named to Black Enterprise magazine’s lists of “100 Most Powerful Executives in Corporate America” and “Top Executives in Corporate Diversity,” as well as Savoy magazine’s “Top 100 Most Influential Executives in Corporate America.”  He is a member of the Executive Leadership Council (ELC) and was featured in Forbes magazine’s “Diversity at the Top” edition honoring the ELC’s 30th anniversary.  Brown is a recipient of the National-Louis University Distinguished Alumni Award and was inducted into the Memphis City Schools Alumni Hall of Fame.  His educational background includes a bachelor’s degree from National-Louis University in Chicago and a master’s degree from the University of Denver.  He currently resides in Memphis, TN.