Small Business Digging Out of The Pandemic 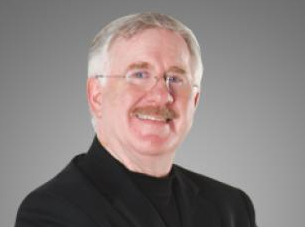 Jim Blasingame, award-winning author, syndicated radio host, and syndicated columnist, joins Mike to discuss small business’ effort, struggle, and resiliency as it digs out of the worst pandemic in 100 years. Business owners and business managers - listen in and learn from one of the world’s foremost thought-leaders on small business and entrepreneurship.

• Jim Blasingame is one of the world’s foremost thought-leaders on small business and entrepreneurship. He’s also an award-winning author, syndicated radio host, and syndicated columnist.
• Jim is the creator and award-winning host of The Small Business Advocate® Show, the world’s only weekday radio talk show dedicated to small business, nationally syndicated since 1997.
• He conducts over 1,000 live interviews annually with his Brain Trust, the world’s largest community of small business experts. Jim reaches a national radio audience, plus worldwide listeners on his Internet simulcast and archives. From the live show, Jim produces over 2600 podcasts annually.
• Jim is a syndicated columnist on Forbes.com, BizJournals.com, Nasdaq.com, Manta.com, and newspapers.
• He is the author of four books. His latest, The 3rd Ingredient: The Journey of Analog Ethics into the World of Digital Fear and Greed, was released in March 2018 and has won five international book awards.
• His other books include the award-winning The Age of The Customer: Prepare for the Moment of Relevance, also Small Business Is Like a Bunch of Bananas, and Three Minutes to Success. Jim’s books have sold over 200,000 copies combined.
• The American Chamber of Commerce Executives presented Jim with the 2009 Champion of the Chamber Movement Award.
• The Association of Small Business Development Centers recognized Jim with the 2008 Champion of Small Business Development Award.
• The U.S. Small Business Administration recognized Jim as the 2002 Small Business Journalist of the Year.
• Talkers magazine recognized Jim as one of the most important talk show hosts in America.
• Jim is very proud that he has been a member of his own chamber of commerce since 1977, and is a past member of the board of directors and numerous committees.
• As a high-energy keynote speaker, Jim talks to small business audiences about how to compete in the 21st-century global marketplace, and he talks with large companies about how to speak small business as a second language.
• He is president and founder of Small Business Network, Inc., a media company dedicated to serving small business, and which owns all of the properties above.
• To contact Jim and learn more, his phone number is 256-335-8402. The link to Jim’s internet radio show is https://m.smallbusinessadvocate.com.